Electronics designed by Ladyada with (in this case) additional PCB modifications by Sasha Djuric. Here’s a short intro from the Ladyada website..:

The x0xb0x is not just another MIDI-controlled TB-303 clone. x0xb0x is a full reproduction of the original Roland synthesizer, with fully functional sequencer. The sequencer can be programmed just like the original 303 (ok it’s actually a little easier, we think) and can be used to control other synthesizers via any of its various output formats. 128 banks of track memory and 64 banks of pattern memory are stored in onboard EEPROM, no battery-backup is needed!

I never liked the “stock” Pactec PT-10 enclosure of x0x, so I wanted to do “something else”. I also wanted to incorporate some of the various x0x mods in a ‘natural’ kind of way; something that’d make them look unlike “fugly add-on” that builders usually end up with PT-10s. Over the course of years, the enclosure design evolved and the final version does look quite different compared to my initial plans. With a lot of pauses in the construction (eg. setbacks and the resulting lapse of interest), this project was eventually completed in fall 2011. 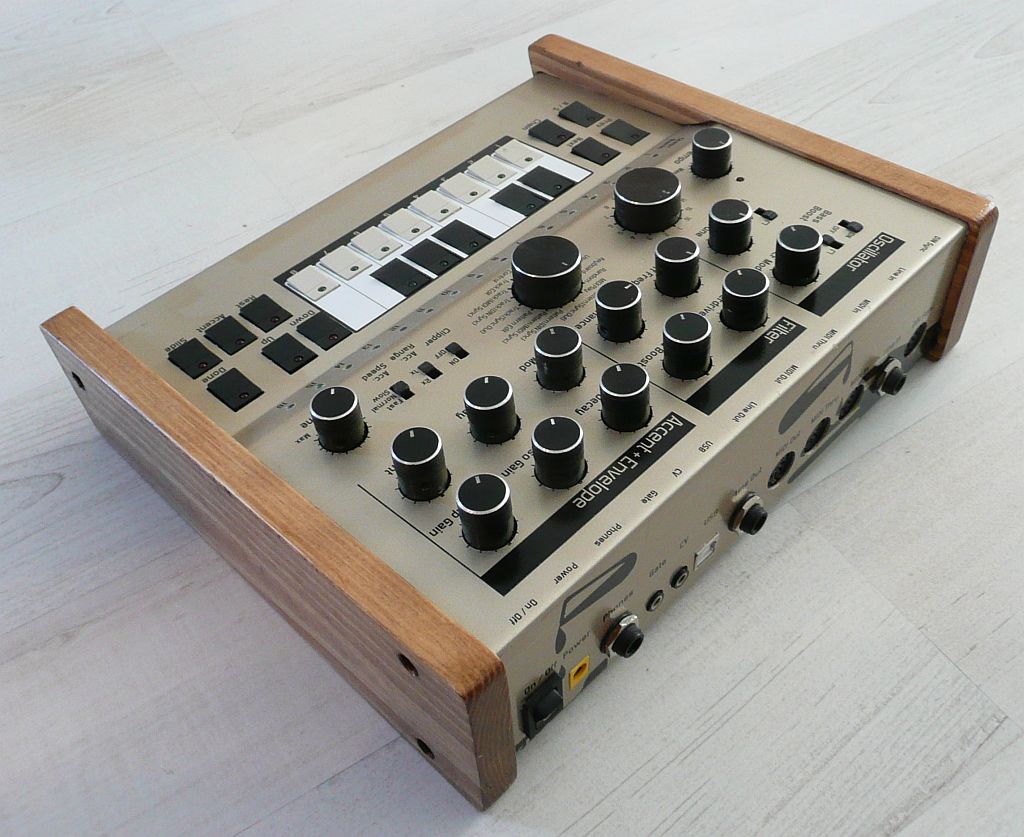