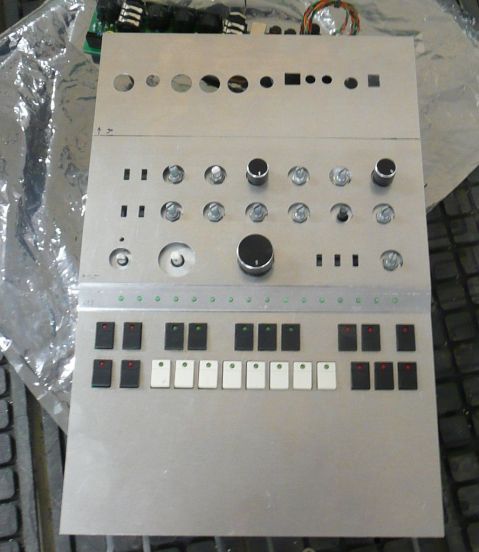 Getting the angled step made on the top panel sure took a while. Like said, I don’t have any precise mechanical drawings for it (nor the tools to precisely repeat the angles etc. drawn) so getting the keyboard cutouts to match the switches on the PCB was a matter of “test fit – adjust – repeat until there”. Unfortunately, as I was not able to maintain the bending line accurately between each adjustment pass, the step turned out very slightly asymmetrical between its left and right sides. The difference is very minor, but still detectable if the enclosure is viewed up close from either side. Looking at the enclosure from the assumed ‘angle of use’, it’s not really visible. 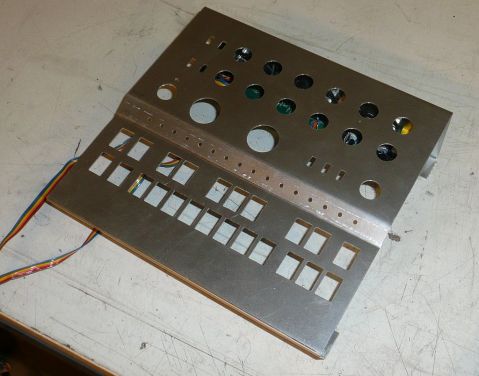 Yay, starting to look like an enclosure \:D/ .. Naturally, the electronics had to be “tape installed” for a couple of photos ;)

A bit so-so results with the rear panel

Holes on the rear panel needed a bit of filing to fit. Weirdly enough, the holes milled on the aluminium are slightly smaller than they were on my plastic mockup. Not much, but enough f.ex. for the 6,5mm jacks not to fit. No idea what caused this, but now I at least know to account for it in any future designs. Maybe the milling bit flexed in slightly because of harder material? 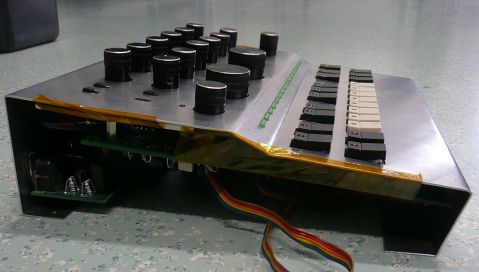 Snug fit, the 7805 regulator and its heatsink had to be installed horizontal for the part to fit in.

Test-fitting the electronics revealed that the aluminium potentiometer knobs I have need a bit of modding. One of the large ones has more height than the other (very much visible in the angled picture above), calling for a bit of the height difference milled off. The small ones don’t install on the potentiometer shaft as “deep” as they could, making the sub panel structure slightly irrelevant (potentiometer nuts partly visible). 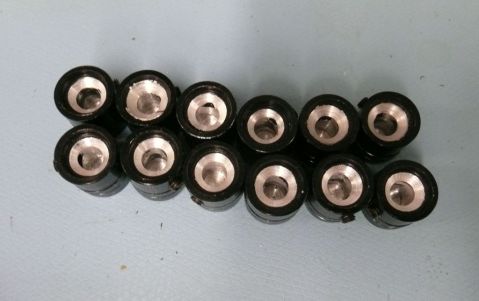 Baseplate is a no-brainer, single sheet with flaps on the sides bent at a 90 degree angle. The flap will be used to fasten the (wooden) side panels.

Base plate hot off the mill! 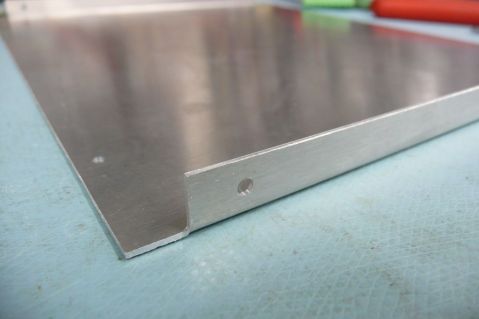 The flap, holes on it will be threaded for 4mm screws.. 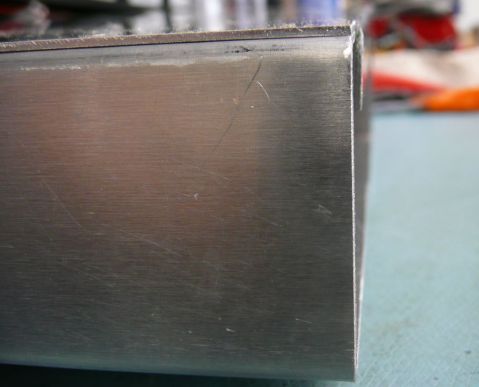 The flap is not exactly level, but it'll work.

As for the top fastening flaps for the side panels, well, I sure could’ve thought things a bit further. The most robust way would’ve of course been to do them same way as on the bottom panel (single sheet bent to shape). However, as the sheet bending press doesn’t allow doing 90 degree angles on angled shapes (like the top panel has), I decided to take the “safe” route by making the brackets separately and epoxy-glueing them in place. What didn’t occur to me was that milling narrow brackets like what I ended up with would’ve still been ok for a single sheet solution. I mean, its 1mm aluminium were talking about here, so it still would’ve been easy to shape accurately with pliers.. or possibly even by hand!

One more thing to remember with future designs :) 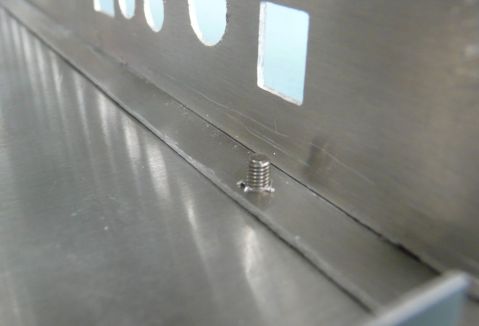 Threading for a 3mm screw on the rear right side. 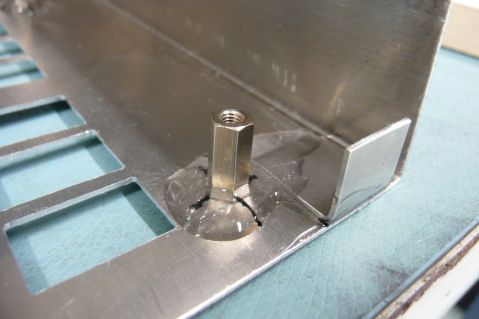 Close-up of glued tower & bracket on the front right side.

Brackets & towers on the front right edge with base plate attached.

Other than this I think I’ll make a third, CNC’d version of the sub plate. As the current one has been drilled by hand, it doesn’t line up neatly all the way with the CNC’d enclosure. After this, my x0x is at about a “paint and decal” length away from completion!

Second version of the sub panel.