For some reason, I’ve always found the lack of power-on indicator LED on Megadrive 2 annoying. No idea why Sega decided to remove such a cheap part when revising the hardware.. Maybe they secretly wanted someone to devise a silly mod such as this one here! As I had a couple of white LEDs to spare, I decided to rid myself of this annoyance for good and install the LEDs inside the case. Illuminated power switch, yay \:D/

It’s simply two LEDs with appropriate current limiting resistors to the +5V supply, so I won’t bother drawing a schematic. Should you need one anyway, pay a visit to the Ye Olde Clue Shoppe.

No, the mod is not pretty on the inside.. 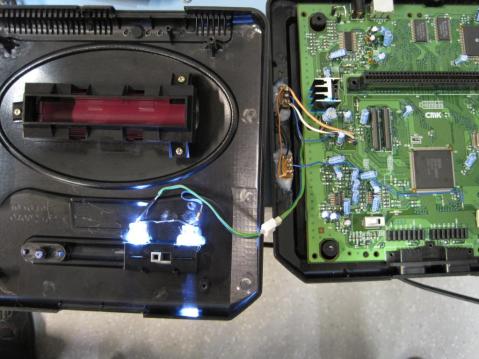 I decided to install a connector in-between, this way the top part / LEDs can be disconnected from the board.

The illuminated power switch in action!

Bought a Menacer light gun for the Megadrive some weeks ago.. Can’t say I’m too happy about the battery operation, six triple-A batteries worth of W-T-F! I’d rather have it running on a separate power supply vs. keeping the option of ducking behind the sofa for a reload, so time for a power supply mod then! Figured I’ll go for that default 9VDC wall-wart (like with my Megadrive)..

Hot glue, the (not-so) secret weapon of the tinkerer.. 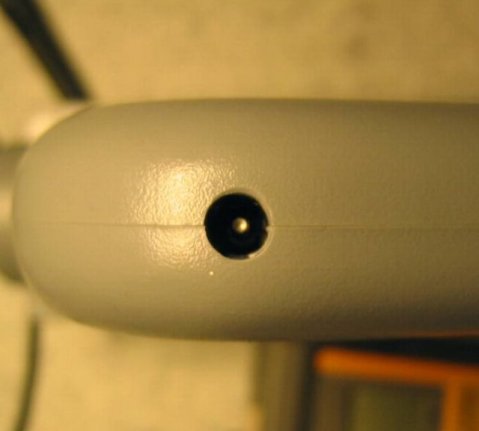 Dear me, what a neat hole!

Now if only this mod would improve the quality of the bundled games.. :)